As ever the Young Executive Club is brought to you by Bournemouth based Solicitors Steele Raymond and Chartered Accountants and Business Advisors PKF Francis Clark. We’re a cheery group of business professionals who all agree that networking needs to be fun too.

The YEC is a relaxed networking club hosting quarterly events specifically targeted at the under 35’s. It enables young professionals and business people who are in the early stages of their career to get together and ‘put a face to a name’ in a relaxed atmosphere on a regular basis.  All YEC events are structured around an enjoyable activity (previous events include a casino night and a games night) which gives attendees a fantastic opportunity to build long term valuable contacts in an informal environment.

The Steele Raymond offices were buzzing with anticipation ever since the announcement of the Boat Party with everyone really looking forward to the latest YEC event. The evening definitely did not disappoint and lived up to all expectations.

The evening began when we arrived at Poole Quay to embark on to our very own private boat. During what had been a fairly wet and miserable week, we all felt very lucky that the sun was shining and that the sea was relatively calm.

Soon after we set sail we were each presented with some delicious fish and chips that gave everyone a much needed energy boost after a busy day at work and kept spirits high for the whole evening. The networking then started in full force and everyone had the opportunity to speak to and forge relationships with peers from numerous professions whilst taking in the stunning views of the harbour and the numerous islands.

After a couple of hours of cruising and conversation we returned to the Quay in time for the first Poole fireworks display of this year. These proved to be an excellent ending to such an enjoyable evening. We were lucky enough to moor very close to the firework boat which gave all of us a front row seat to a spectacular display!

My colleagues and I all thoroughly enjoyed the event and several have commented that it was one of the best networking events that they have attended. On reflection, it did not feel like I was networking at all but rather enjoying a night with friends. I believe that this is what really sets YEC networking events apart from the rest and makes them so popular and enjoyable.

Thank you to everyone who joined us and a big thank you to Savills for sponsoring such a fantastic night.

The next YEC event is not to be missed and will take place on Thursday 26th October. Keep an eye out on the YEC website, Twitter and Facebook in the coming weeks for further details as they are revealed and for tickets.

Thank you to Greenwood Campbell for hosting our Spring YEC event back in April.

The club had a great evening of gaming, quizzing and networking!

The Young Executive Club (YEC) aims to bring together young professionals and business people to meet each other and grow their networks.  Each YEC event is different and usually involve a shared a shared activity which brings everyone together.

The evening started with guests playing a mixture of classic games, such as Jenga and Guess Who? Followed up by some one to one battles on the Nintendo Wii and Game Boys, taking everyone back to their childhood.

Guests were able to network throughout the night alongside delicious canapés and sweet treats courtesy of Heather Brown.

The highlight of the evening was the quiz, which encouraged some friendly competition. ‘The YEC is a good way to start your networking life.  I have been to quite a few of the events and have met interesting people at each event. What makes it stand out from the other networking events is that there is usually a fun activity to do, such as the games night or even paddle boarding at the Sandbanks. I am definitely looking forward to the next event!’

All in all, it was a very enjoyable and fun evening, allowing everyone the opportunity to network in a very relaxed atmosphere.

Posted in Events | Comments Off on Game Over – Thursday 27 April 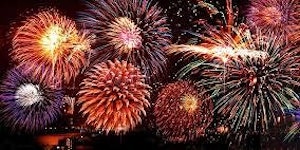 On the 13th August 2015, the YEC enjoyed a boat trip around Poole Harbour!

Many Thanks to Deep South Media for the photos

On Tuesday 9 December 2014, we ere given exclusive access of the Print Room’s Winter Wonderland and Ice Bar.

Many thanks to Deep South Media for the photos.

Our best event so far! If you would like to attend the next one, please email yec@princecroftwillis.co.uk